(No reviews yet) Write a Review

5 customers are viewing this product 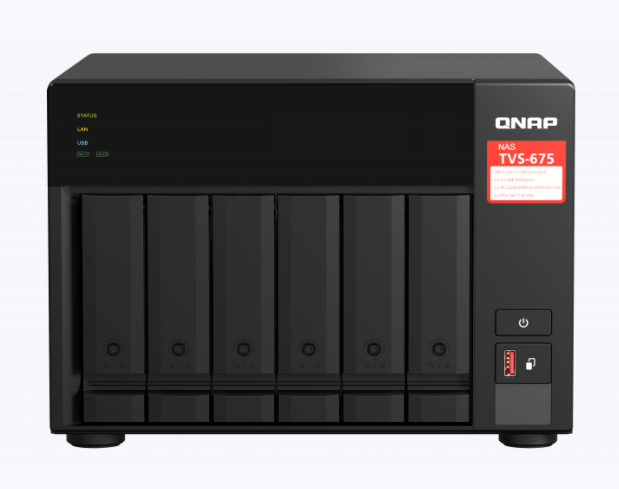 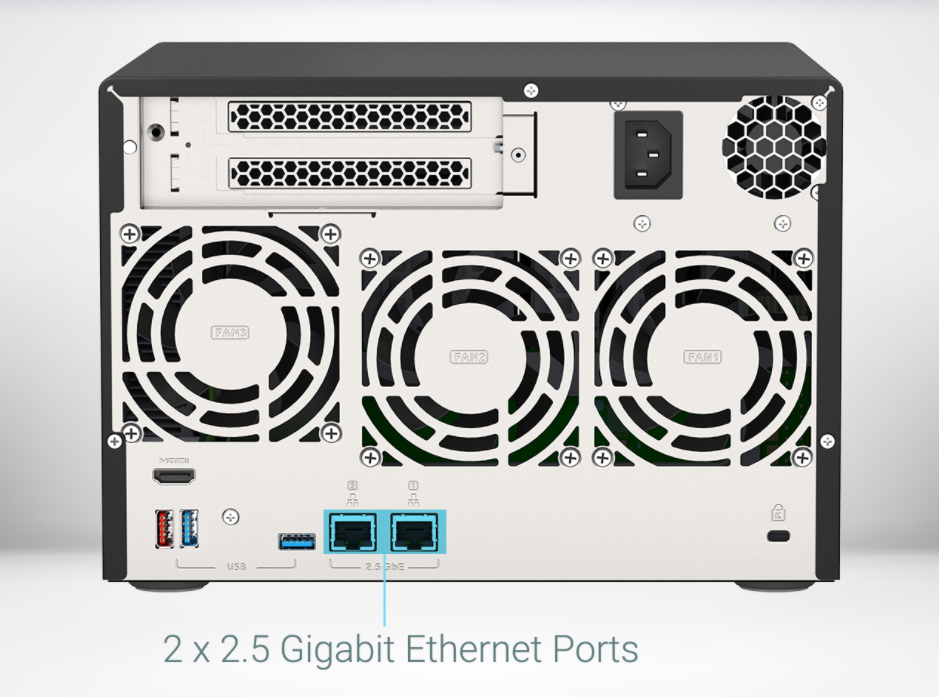 The TVS-675 comes with two 2.5GbE RJ45 (2.5G/1G/100M) LAN ports that allow you to use existing CAT5e cables to upgrade network speeds from 1 Gigabit to 2.5 Gigabit. The dual 2.5GbE ports also support Port Trunking for up to 5 Gbps transmission speeds, improving the business efficiency of bandwidth-hungry applications such as large file transfers, fast backup/restoration, and multimedia transfer & editing. 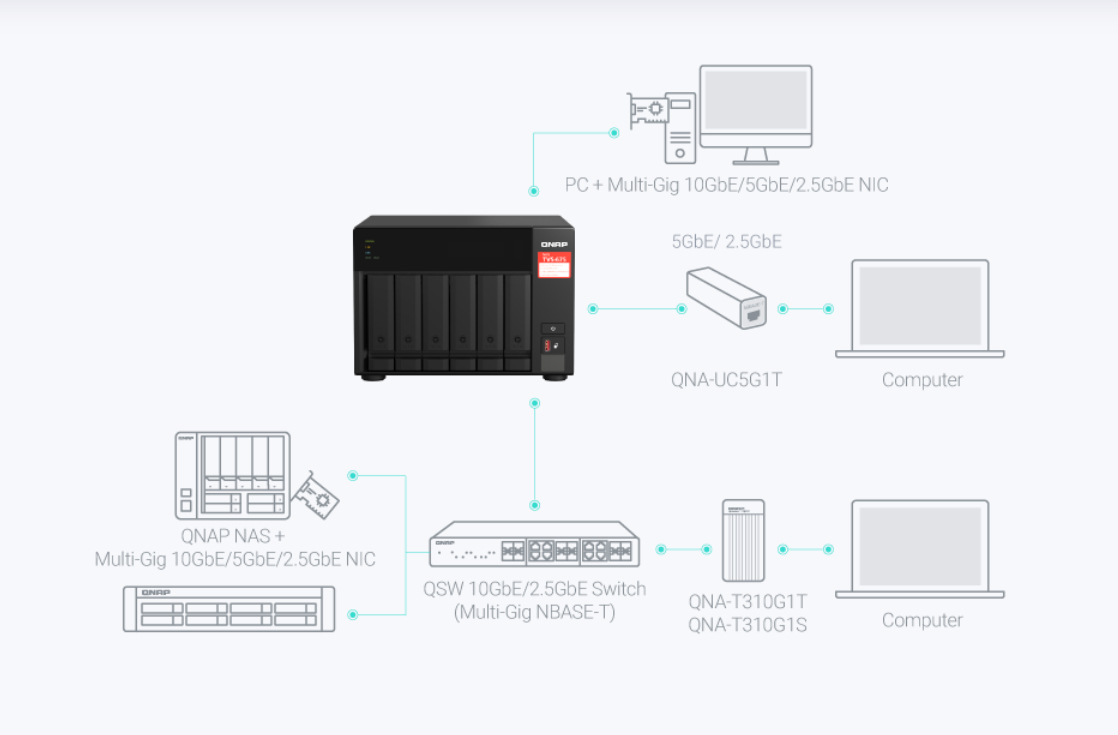 Future-proof your IT infrastructure for high-speed networks

Get performance benefits from SSD caching and Qtier Technology

To attain optimal I/O and reduce latency, you can configure SSD caching by using either 2.5-inch SSDs or the two built-in M.2 2280 SSDs slots (supports high-performance PCIe NVMe Gen 3 x1 SSDs or economical SATA 6Gb/s SSDs, sold separately) in the TVS-675. Extra M.2 SSD slots can also be added by installing QM2 PCIe cards, allowing you to configure your M.2 SSDs in a RAID 5/6 array to achieve higher sequential speed or a read-only cache speed similar to the performance of a RAID 10 array while maintaining high storage efficiency.


Schedule and Time
aaawave.com offers a 30 day return/exchange policy, unless otherwise noted. The return/exchange policy begins on the customers purchase date. No returns or exchanges will be accepted after 30 days. All refunds will be made back to the customer’s original form of payment within 7 business days of receiving the return merchandise. Return Merchandise Authorization number (RMA) are valid for only 10 business days. Packages must be received by us within 10 business days after the RMA number has been issued. Packages received after 10 business days will not be accepted and the warranty period will be considered voided and cancelled. RMA processing time is 5-7 business days once the package has been received.

What do you charge for standard shipping?

Do you ship internationally?

We ship some of AAAwave's products to Canada.Please see item's availability on product's page.

What are your business hours?

Crucial 8GB DDR4 2666 MHz CL19 CT8G4DFRA266 RAM Desktop Memory UDIMM Non-ECC Make everything on your computer faster Memory is a component in your computer that allows for short-term data access...

Make everything on your computer faster Memory is a component in your computer that allows for short-term data access. Since your system’s moment-to-moment operations rely on...

Make everything on your computer faster Memory is a component in your computer that allows for short-term data access. Since your system’s moment-to-moment operations rely on...